Each Fit.Family coach works closely with their families to determine the optimal plan based on key factors tied to health, wellness and habits. From there goals are set that can be achieved and celebrated. 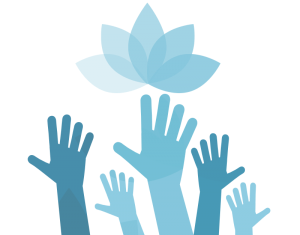 Louis is an ambitious and driven man, who would not settle for an ordinary career path.
Originally from Alexandria, Virginia and raised by a professional chef mom, he has spent most of his career there and now most of his life in Charleston, South Carolina where Yuhasz likes to suggest is the heart of hospitality. For a living Louis is a professional hospitality recruiter.
There is another passion of Louis’ and that passion was his father, “Big Louie.” Louis watched his dad be discriminated again, and again because of his 550 pound body. The worst came after his stroke and no one knew what to do with a guy his size and shape. Six different hospital stays in six months and then his last stay his do not move order was not honored. After Louis’ father passed away he knew he had to change the life for another kid who might go down the same path. This is where and how Louie’s Kids was born. 19 years later and more than 700 children and families and well over 5,000 pounds lost Louie’s Kids is the oldest organization in America offering real solutions to families who are looking to change their lives for the better.
Louis holds multiple degrees in Hospitality management and culinary arts; he’s an avid gardener, Spartan competitor (obstacle course racing where he generally lands in the top 10 of his age group, and he loves working out each day with his husband of 21 years.

Justin Bennett is a native of Charleston, SC and attended The Citadel, The Military College of South Carolina, where he attained a degree in accounting. Justin started volunteering with Louie’s Kids in the spring of  2011. He has been a running track and field since high school and has completed more than 12 marathons. Working with children and giving back started while at The Citadel in the Bulldog-Bullpup mentoring program. A program designed to help at-risk children ages 4 to 10 in the downtown community. Justin has a passion for helping and encouraging others with a smile! Justin excited to continue his work here in Charleston with Louie’s Kids.

Coach Allison Lapp (31) has been with Louie’s Kids as a volunteer and coach since 2014. Allison is originally from Olney, Maryland, where she developed a love for swimming, as well as coaching. She found herself in the south during her college years, attending Clemson University for four years as a Varsity Letterwinner in Swimming. She coached swimming each summer during those years and still cherishes the relationships that she developed with her swim kids. She received her Masters in Health Promotion Management at the American University after her time at Clemson and is also a Certified Health Education Specialist (CHES), but South Carolina kept calling her back. She moved to Charleston in 2014 and never looked back. Allison now works at the Roper St. Francis Research and Innovation Center as a Clinical Project Coordinator, specializing in Alzheimer’s research. She is able to continue coaching children and developing relationships through Fit Fam, where she challenges others to push out of their comfort zones to make lasting lifestyle changes. Allison has also been able to overcome the “retired college athlete” stigma by competing in road races, and plans to add triathlons to the mix in the near future.

Lois received her Master’s Degree from the College of Charleston, but after teaching children, she branched out into the fitness world opening a small gym in Beaufort, South Carolina, where she found a true passion for personal training and group fitness. She is certified through ACE, AFFA, and NASM, Core Stott Barre and  MADD Dog cycling, AFAA for BodyShred, and les Mills GRIT. She loves using functional fitness to train clients to move as they would daily with a large focus on balance, flexibility, strength, and core incorporated in every class or training session.

Margaret Taylor is Licensed Professional Counselor working with adults, children and adolescents in the Charleston area.  She has an undergraduate degree in Psychology from Davidson College and a masters degree in Clinical Counseling from Clemson University.  She began her career working in community mental health, and in adolescent residential treatment.  From there, she joined a private practice focusing primarily on child/adolescent and adult trauma assessment, debriefings and treatment.  With 25 years of counseling experience in a  variety of settings, she learned to use a combination of treatment approaches and techniques that fit the person, the motivation for change, as well as the presenting problem.  Trauma- focused therapy, Cognitive BehaviorTherapy (CBT), couples counseling, and motivational interviewing techniques are a few examples.  Most of all, she enjoys helping adults, parents, couples and teens grow into healthier versions of themselves regardless of the conflicts or problems that they encounter along the way.  Her work with Louie’s Kids began 6 years ago as a volunteer at a local community workout for overweight teens.  Since then, she has enjoyed growing with Louie’s Kids as the mission expanded to include families of all shapes and strengths.  Her primary role is empowering parents through group and individual support to create a Blueprint for Change.   She teaches  parents to set healthier examples for their families through group workouts, nutrition tips, and ongoing emotional support and problem solving.

Her current private practice, Mt. Pleasant Counseling, focuses on helping families and individuals overcome educational issues, trauma, grief and relationship changes.  She enjoys an active life with her family and friends and has managed Type 1 Diabetes for 27 years.  Her personal experience managing a chronic illness has taught her that small successes combined with a step by step blueprint for change pave the way for a healthy lifestyle.

Get in Touch. Get Started.

The Louie’s Kids organization is available to answer questions about the program.

Fit.Family is supported by Louie's Kids, whose mission for 19 years has been to fight childhood obesity one child at a time.